On my blog, I’ve decided to write about some of the wonderful people that I’ve met throughout my lifetime. Of course, the best ones are my family, and close friends.

Meeting important people is a big deal to some, but to me, they are just like me – ordinary people who did something extraordinary. Some left a bigger impression on me than others, by showing that it’s what you do, not what your name is that matters the most.

The first groups of people I want to mention are the leaders of the church I belong too.

As a young girl of about 10 years of age, I remember seeing a prophet up close for the first time, President George Albert Smith, the 8th prophet of the church. 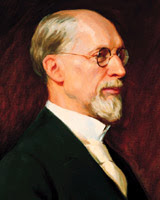 He attended the funeral for my great-grandfather. They held the funeral in the Spanish Fork high school gymnasium. All of a sudden, I noticed a tall slender man with a short beard making his way to a seat near the front. Everyone in the audience started to stand, and I tugged on my mom’s arm and asked, “Why are all the people standing up?” She bent down and whispered, “That man is our prophet.”

Many years later, I met the apostle Spencer W. Kimball when he ordained my father a seventy. Years later after he was the prophet I again met him on several occasions.

One year my husband and I attended a dinner/dance with my parents at Hotel Utah. We were sitting at a table in the ballroom when to our surprise and delight, President Kimball approached our table. He slapped my father on the back, and shook his hand. After my father made introductions, Present Kimball sat in an empty chair and quietly visited with my father for quite some time. If you are interested in reading a humorous version of this it can be found in the book Mormon Mishaps and Mischief, or you can go to http://www.mormonmishaps.com/

My mom and I were once in a pioneer choir that traveled each Sunday during the summer to sing in sacrament meetings in the Salt Lake valley. One of the wards we sang in was the home ward of Thomas S. Monson. He was a friendly apostle and towered over both of us as we shook his hand. That was many years ago and it’s hard to imagine that he’s now our prophet.

To me the most memorable prophet was President Howard W. Hunter.

I’ll always remember shaking his hand because as I looked into his eyes it seemed I was looking into the eyes of the Savior himself. President Hunter was so kind and a very soft-spoken man. Although he wasn’t a prophet for long, he was very dear to me.

On several occasions, I met President Hinckley and his dear wife,

as well as President Faust.

President Gordon B. Hinckley is the prophet that most everyone remembers the best because he led our church from 1995 until 2008, and during that time, the temple program grew rapidly under his leadership.


All of these men mean a lot to me. They were beloved by many and it’s been an honor to be in their presence. They didn’t just preach about being a Christian they showed us by their every day actions. They were extraordinary men.
Posted by C. LaRene Hall at 12:40 PM